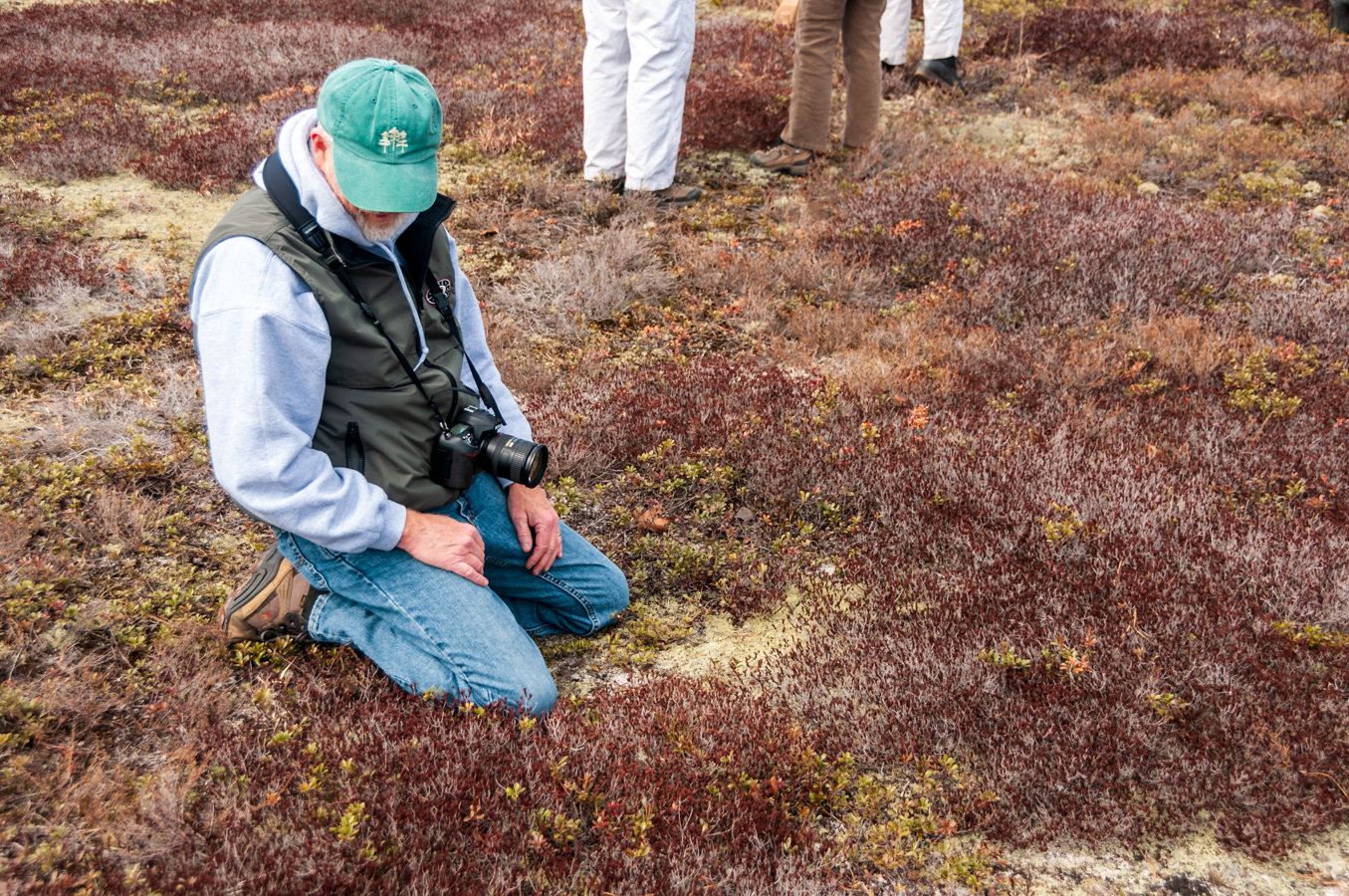 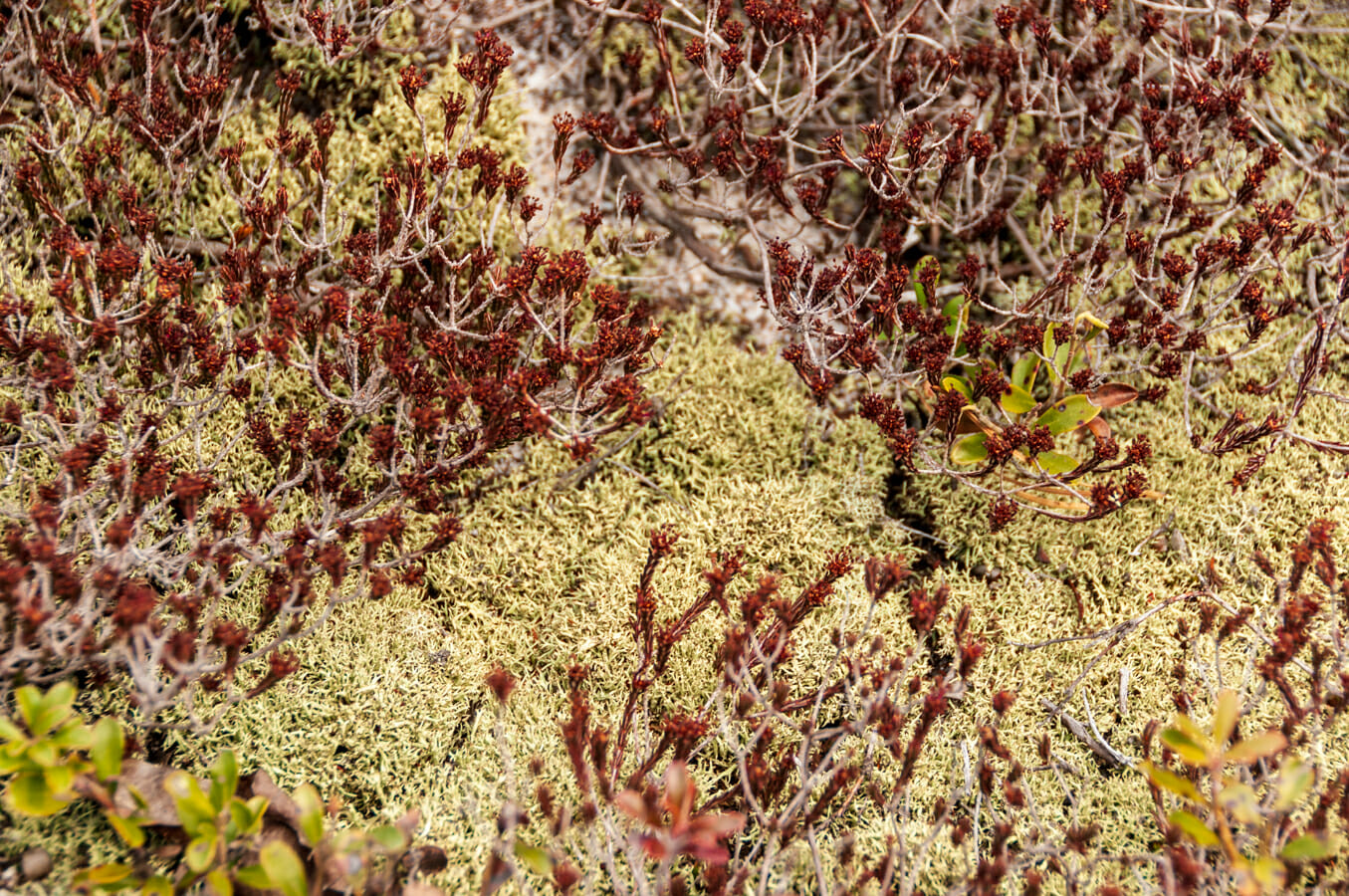 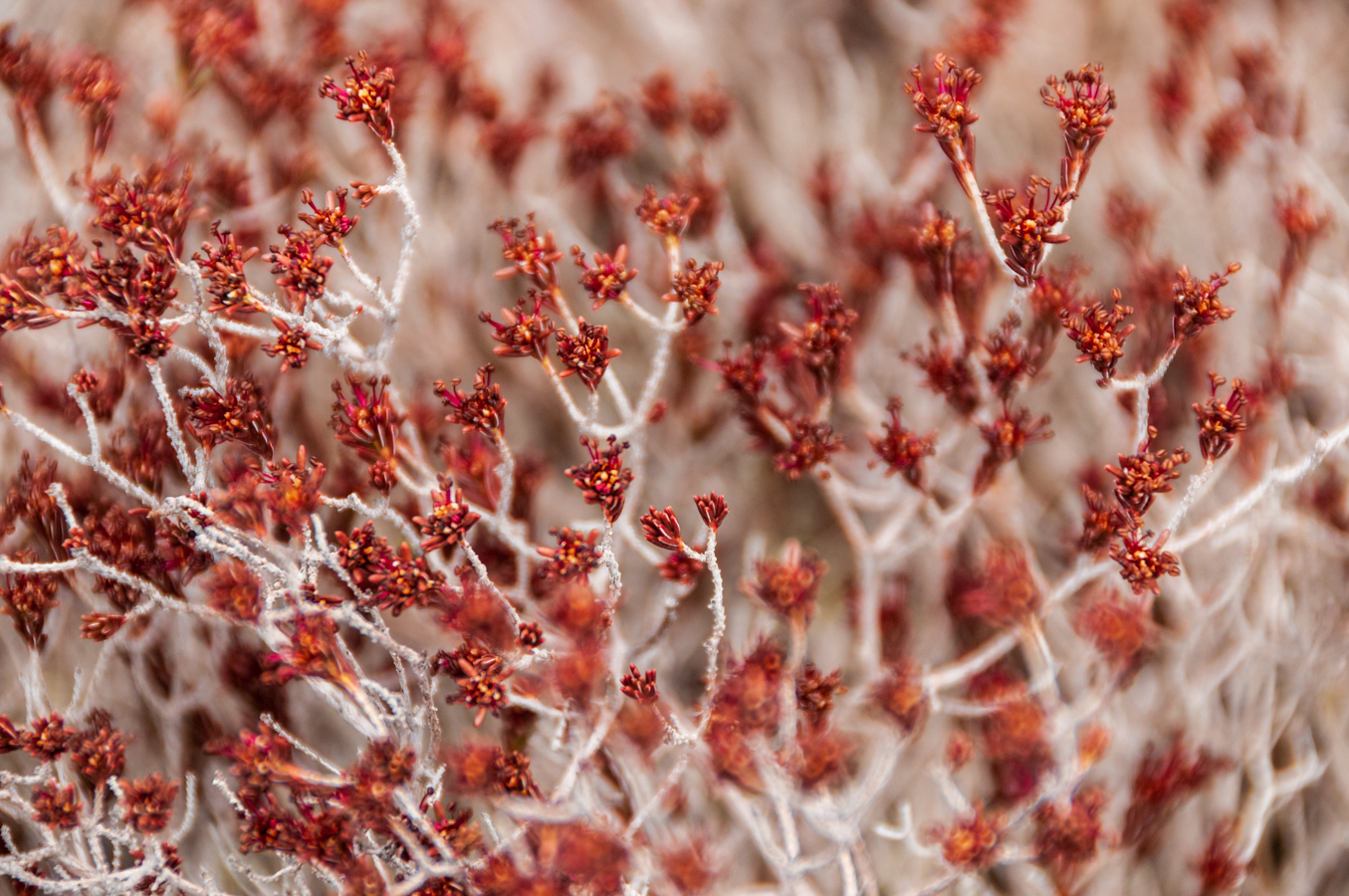 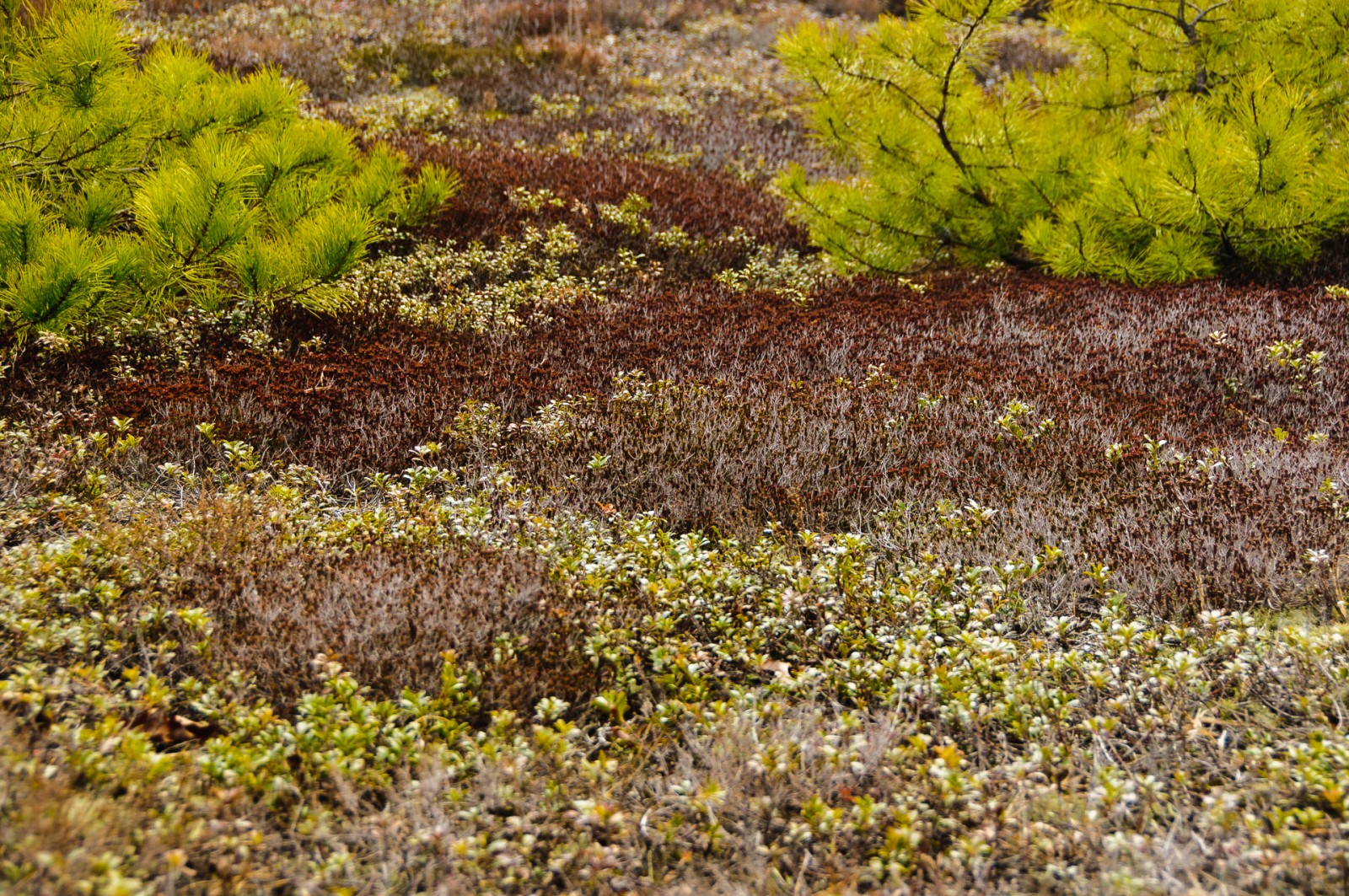 The dwarf pine plains community is a pitch pine forest dominated by dwarf (less than 3 meters [11 feet]) pines, along with blackjack and scrub oak (Quercus marilandica and Q. ilicifolia). Almost all of the cones produced by these pine trees are of the closed cone (serotinous) type, characteristic of pine barrens areas experiencing frequent wildfires. There is a notable absence of oak species common in other parts of the Pinelands, such as black, scarlet, white, and chestnut oak, as well as shortleaf pine. The shrub and herb layers are generally dominated by sheep laurel (Kalmia angustifolia) and mountain laurel, sweet fern, and sand-myrtle (Leiophyllum buxifolium), and ground covers such as wintergreen (Gaultheria procumbens), bearberry (Arctostaphylos uva-ursi), trailing arbutus (Epigaea repens), and patches of broom crowberry (Corema conradii). Pyxie moss (Pyxidanthera barbulata) and false heather (Hudsonia ericoides) are often abundant in the dwarf pine plains. This community has evolved under severe environmental conditions, including frequent fires and nutrient-poor soils. Two large dwarf pine plains areas, the East Plains and the West Plains, and two smaller areas, Little Plains and Spring Hill Plains, occur in the Pinelands. These fire-maintained communities are primarily located in the eastern Pinelands, north and east of the Mullica and Wading Rivers and south of Cedar Creek. The extent of these communities is generally defined by the firesheds, i.e., those extensive upland areas between major waterbodies that are susceptible to uninterrupted burns. 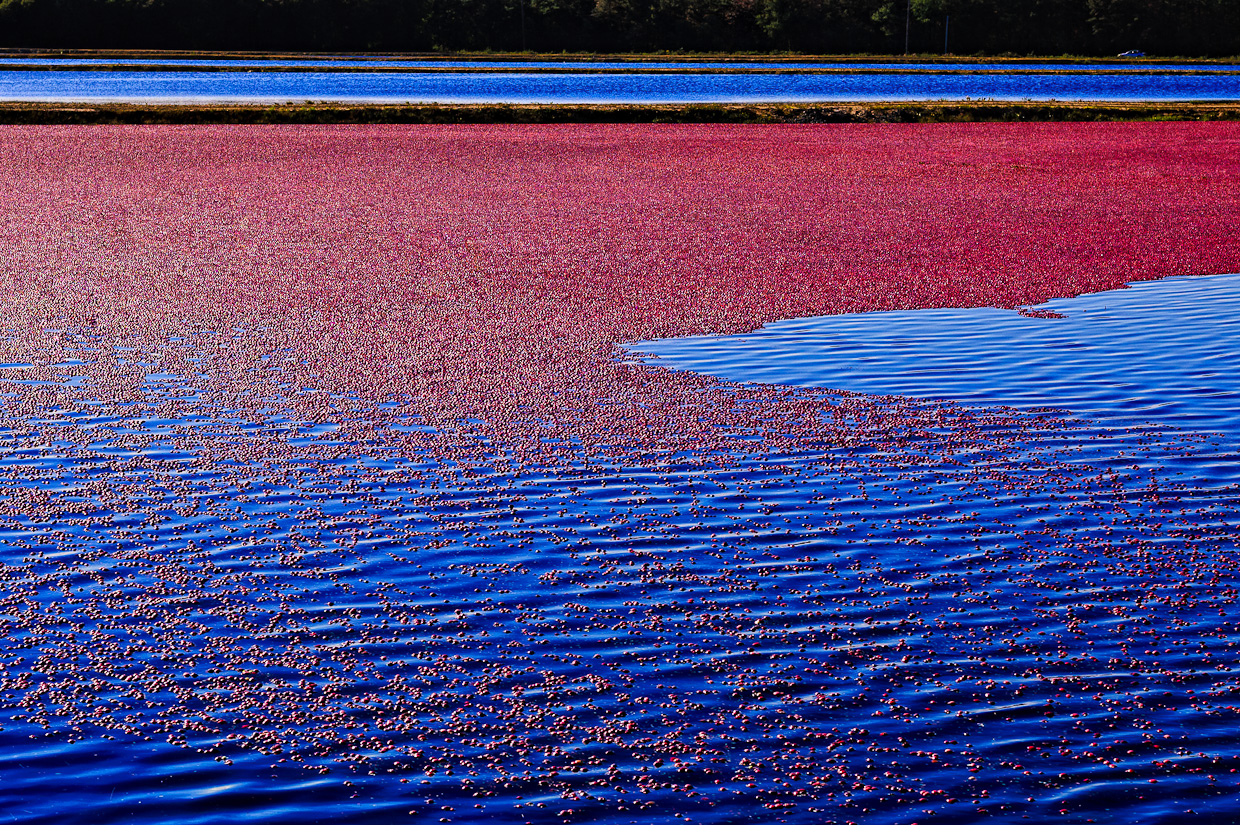